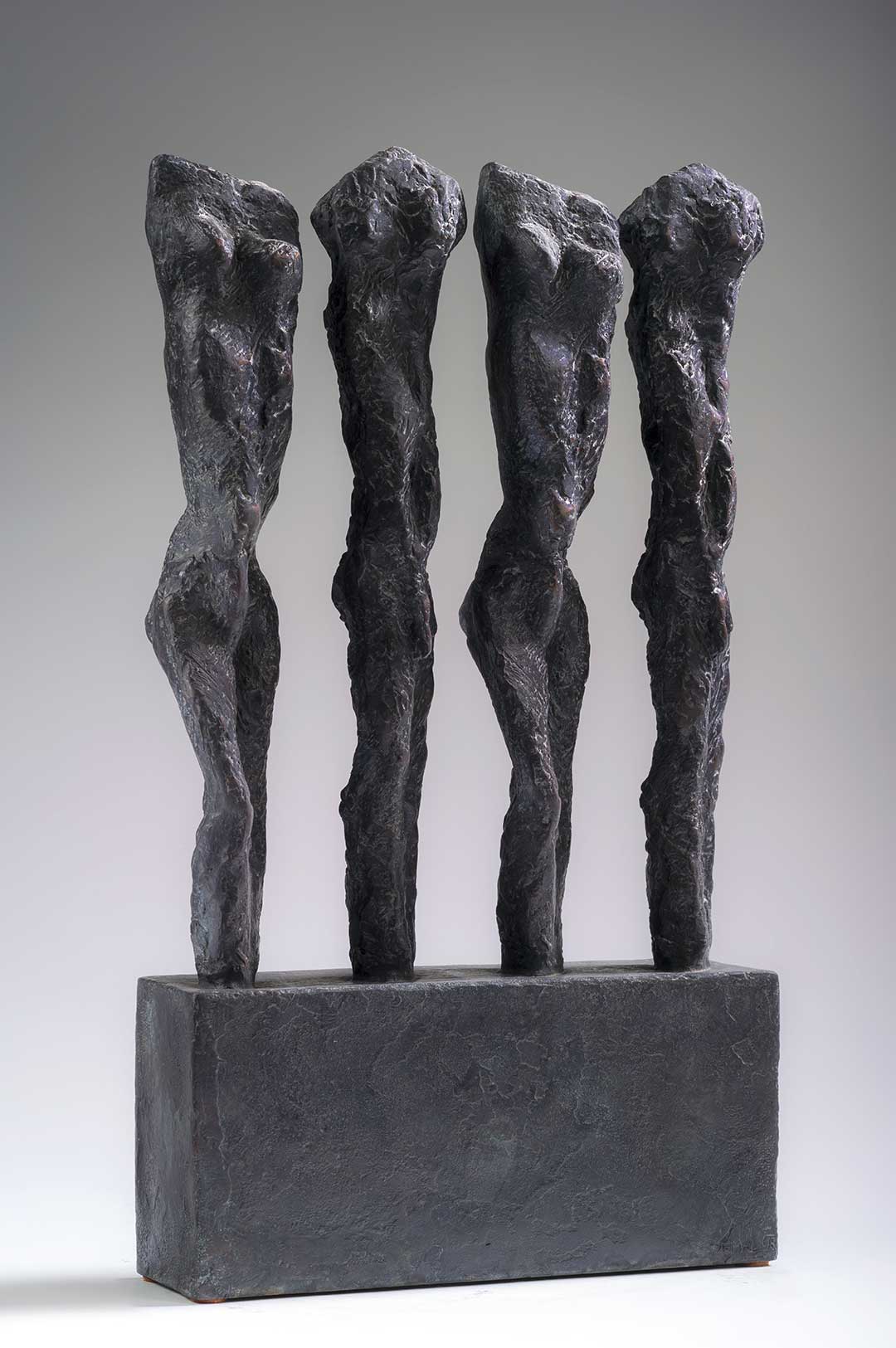 “Perceiving sculpture as a whole, knowing that abstraction exists because of figuration and vice versa, Martine Demal creates a language without compromise: the forms touch upon a particular emotion and epic. Rooted to their base yet borne skywards, her men standing (‘in a row’), beyond simply illustrating a fiction, are symbols of extreme clairvoyance.

Thus Martine Demal dares a kind of sublimation. Through the fire of metamorphoses, she unites and separates, ventures into the unknown, never forgetting what is lacking or weighs down: another life at the heart of our own. Free rein to momentum, ghosts we have never seen spring forth that live neither merged nor disconnected from the arrested heart of the agitation.
The outside surrounds them but also compresses itself within them.

From the harshness of the material emerges the secret of breathing as upright and spiritual offerings. Suddenly, the bottomless inner space takes shape through a representation treated as symbol, rather than essentialist or psychologising formula. An atomic and anatomic narrative emerges as abstractive unity, where nothing is separate from the world.”
Jean-Paul Gavard-Perret – Martine Demal, “Chemin faisant”, Ruffieux-Bril Gallery, Chambéry,  June 2017